On Tuesday, November 13 in Princeton, NJ, The Nicholson Foundation joined with political, business, and philanthropic leaders from across New Jersey to launch a major new initiative to address Adverse Childhood Experiences (ACEs). At the event, The Nicholson Foundation and the Burke Foundation announced that they will each contribute $1 million to a pooled fund dedicated to supporting programs addressing and treating ACEs in New Jersey. The Turrell Fund, Horizon, and PNC Bank also provided statements of financial and professional support for this ACEs initiative.

Held in the Morven Museum in Princeton, the event, “Overcoming Childhood Adversity and Trauma: A Healthier Future for NJ Kids,” featured remarks by New Jersey First Lady Tammy Murphy, Dr. Nadine Burke Harris, a pioneering pediatrician in the field of toxic stress and ACEs, and Dr. Lauren Smith, Co-CEO at FSG, which produced a Nicholson-funded research study on ACEs in New Jersey. All the speakers stressed that building a brighter future for New Jersey begins with strengthening our capacity to help children cope with, and heal from, adverse experiences. 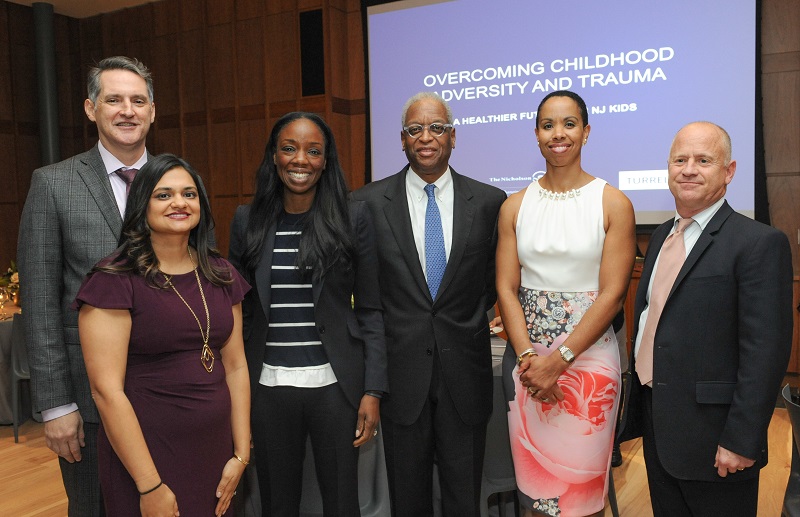 “Public-private partnerships like this play an important role in our efforts to break the cycle of childhood adversity and build a stronger New Jersey,” said Murphy. “By addressing the trauma that children face early in life, we are setting children on the path of brighter and healthier futures.”

According to FSG’s ACEs study, 813,000 children—41% of all the children in New Jersey—experience at least one ACE. Other findings from the report include: